The WFTDA announced earlier this month that a slight rules change regarding jerseys and skater numbers will be adopted. The change won’t be enforced until Dec 2015 to give teams ample time to adjust and come into compliance.

The change is simple: skaters’ roster and jersey numbers are no longer allowed to include letters.

The change was approved back in September, with the announcement coming on the official WFTDA website just recently.

The change also stipulates that the minimum size for jersey numbers will now be 6 inches (15 cm). All of the numbers in a skater’s roster number also must now be of the same size. This is an increase in minimum size of the numbers from the current 4 inches.

The change and what is allowed vs not is illustrated via a handy dandy graphic issued by the WFTDA. 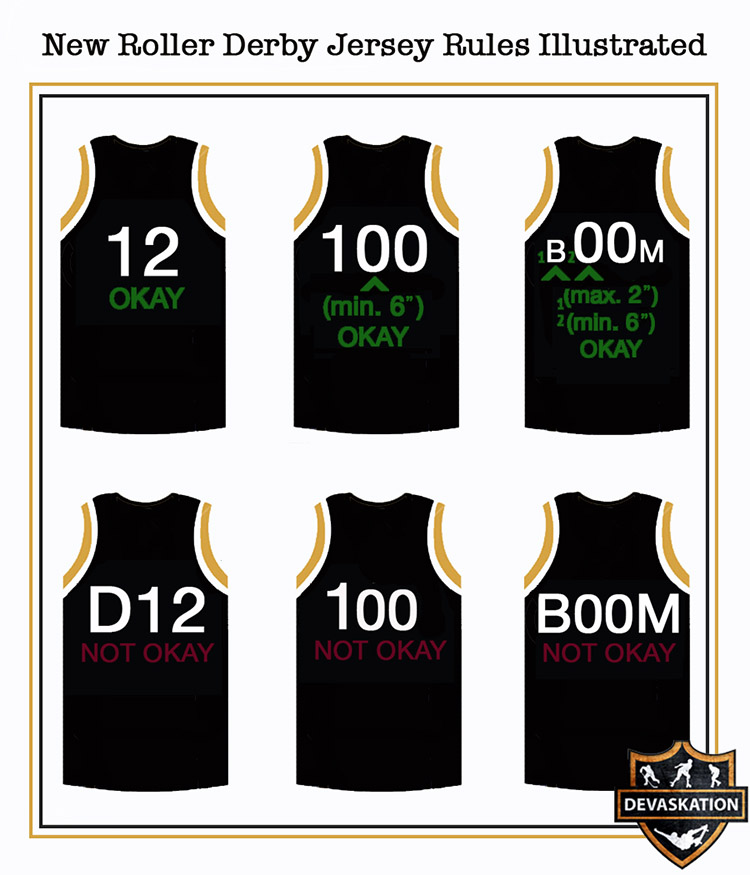 Does this change affect your team’s jerseys? Do you think this is a move to help unify the sport, or does it impede the fun and snarky spirit of roller derby?