Let’s face it: derby demands a lot of our time and energy. Stack it on top of busy schedules and life concerns, and there can be times where you’re just feeling wiped out. Rather than reach for the fourth energy drink (and second heart palpitation) for the day, you might want to give a coffee nap a try. 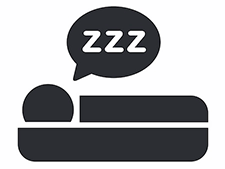 If you’re feeling sleepy and want a quick recharger, and you have 20 minutes-ish of time, there’s a neat little trick you can try. Everyone’s heard of taking naps, or drinking coffee – now you can have the best of both worlds.

Drink a cup of coffee, then take a quick nap. Boom.

No, we’re not yanking your chain. Yes, it sounds a little crazy – caffeine is supposed to keep you up, right? However, thanks to fancy pantsy brain chemistry, there’s a cool little exploit that makes drinking coffee right before napping a killer combo to re-energize. 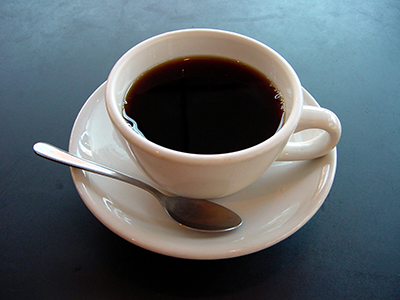 ​Coffee naps work because of how caffeine works. Caffeine functions to help keep you awake by acting as a blocker for a certain neuromodulator called adenosine. Kind of like a blocker in derby, caffeine’s job is to jostle for position and keep adenosine from getting past and hooking up into receptors. You see, adenosine is a byproduct of brain activity, and when there’s enough adenosine, it plugs into those receptors, causing you to feel tired. With enough caffeine blocking the receptors though, adenosine can’t get through. Caffeine doesn’t block every single receptor, just as blockers can’t stop jammers completely, but enough caffeine can help stave off the sleepies for a time.

Here’s where things get pretty cool – it takes roughly twenty minutes for caffeine to hit your brain. And 20 minutes is the exact time needed for a power nap. Longer naps can actually leave you feeling tired due to a phenomenon called “sleep inertia.” In a 20 minute nap, or a “stage 2 nap,” you get just enough rest to get a burst of alertness and increased motor performance. And the way your brain accomplishes this? By reducing adenosine from the brain!

That’s right – sleep naturally clears adenosine from your brain. That means if you drink coffee then take a nap, you’ll reduce adenosine levels just in time for the caffeine to kick in. The caffeine will have fewer adenosine molecules to fight with, and will be more effective in making you alert.

Proof is in the Pudding (and the Peer Reviewed Experiments)

The science is backed up by experiments have shown coffee naps to be more effective than just coffee or naps alone. Subjects in a UK experiment committed fewer errors in a driving simulator after a coffee nap than naps or coffee alone. Coffee naps have been shown to help subjects perform better on memory tests. Coffee naps have proved helpful even under high stress / sleep deprivation conditions. Subjects did not sleep for a 24 hour period, taking only regular naps, and those who took coffee naps performed markedly better than their peers in cognition tests.

How to Do It

It’s pretty much that straightforward. You could substitute another caffeinated beverage, but coffee provides you the most caffeine bang for your buck. You want to drink it quickly so you give yourself a good window of time to sleep. Iced coffee or espresso may be easier than piping hot coffee.

If you struggle with falling asleep quickly, don’t worry. Even a half-asleep stage can be helpful in clearing adenosine. Do keep an eye on time / set a loud alarm, however. You don’t want to oversleep and accidentally enter deeper stages of sleep.

And there you have it. The perfect trick for a quick pick-me-up between rehearsals, bouts, work, family, and just about any other time.