In a surprising move on the cusp of 2015, the Women’s Flat Track Derby Association, or “WFTDA”, announced that all women will be purged from WFTDA membership immediately to make way for men to completely take over the sport. “We women have dominated the sporting world long enough,” said Board of Directors’ member Siouxsicide Bomb. “In all other mainstream sports, women constantly get media coverage and the spotlight. It just felt awkward to have that happen with derby as well.”

“We all agreed it was time for a dramatic change,” said fellow Board member Grace Killy. “There are just too many opportunities for women when it comes to sports, especially full-contact sports. It’s time to give men a spot in the sun.”

All five members of the Board unanimously stepped down from their former roles with little fanfare. After all, it’s not like they had sacrificed their time, energy, blood, sweat or tears to build Roller Derby into the sport it is today. Their replacements will represent what has been the minority in sports management: Middle to senior-aged Caucasian men. Clearly, a board of overweight, old white guys is the best voice to represent the most oppressed and disenfranchised athletes in sports, and indeed the community at large.

To accommodate the 2015 rule change to derby being an all-male sport, many new rule changes were concurrently announced.

Mr. Fuller (the 57-year old heir to the Colgate toothpaste and tooth-whitening empire), will be heading up the new WFTDA board. “Research from the interwebs tubes shows clearly that men do not respond to pun-based humor,” asserted Mr. Fuller. “Real men don’t find puns funny.” When one reporter asked Mr. Fuller if he was “Fuller it,” Mr. Fuller blinked and replied, “No.” When asked in a follow- up question if Mr. Fuller “saw what that reporter did there,” Mr. Fuller cleaned his glasses, and again responded , “No. I don’t know what you’re talking about.”

“Plus,” continued Mr. Fuller (in a voice drier than the Queen of England’s vagina) “derby isn’t about creating empowering alternate personas, liberating players through simultaneously tongue-in-cheek and rough-and-tumble nomenclature that allows them greater agency — as well as recognition in a community. It’s about capitalism. And freedom. And America. And probably skating in circles. This is the sport where you skate in circles, right?”

“Currently, the pace of the game plays out wrong,” chimed in Mr. White (also a new Board member of the now incredibly ill-fated WFTDA). “We’ve decided to grant each team unlimited time outs to use during bouts. This gives men watching at home time to get more beer, nachos, take a leak – and more importantly — gives a chance to let you know that this derby game was brought to you by Halliburton – Halliburton – for when there’s not enough oil in your Gulf of Mexico or shady billion dollar contracts in your War in Iraq.”

The new board promised to bring Roller Derby back to the roots of its success – blatantly appealing to big money marketing, commercial shilling, and product placement.

Apparently there will be monthly testing. More on that later.

“It’s not a real sport unless people are dying years after their career from concussions and brain hemorrhaging or suffering from early onset Alzheimer’s as a result of playing the game,” noted Board member Mr. Mann. To increase the professional integrity of the sport, helmets now must do as little as possible to prevent long-term harm. Elbow and knee pads are now forbidden in an effort to “bring the sport more in line with most other sports dominated by men where players never suffer debilitating injury as a result of play.”

No Longer a “Team Sport” 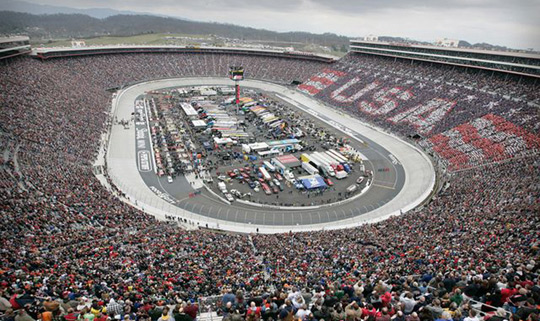 In perhaps the biggest modification to the game, the WFTDA is eliminating teams from derby altogether. “Way back to this morning, when derby was led mostly by women, there was this big emphasis on community, friendship, and camaraderie within teams and in the derby community as a whole,” contributed Mr. Dick, also a newly installed Board member. “We feel that hampers both the more ruthless, deconstructive, competitive energy that sports are capable of – as well as the star-driven system of overpaid athletes. Our loyal spectators and esteemed advertisers expect those things in professional sports– and we do not plan to disappoint them.”

In lieu of teams, all skaters will take on the role of a jammer and will earn points by skating laps. Additionally, they will wear the logos of an endless litany of corporate sponsors on their uniforms. The term ‘boutfit’ will be discontinued. A ball may also be randomly thrown into play, as research show sports fans love balls — That is — sports with balls.

As a final change to the iconic sport, the Board of Directors has decided to rename the not-even-funny-in-an-ironic-way WFTDA to the National Association of Skating Circularly Around a Racetrack – or NASCAR.

**This article is intended as satire and was written by the Devaskation team along with the talented folks at RollinNews.com. The WFTDA does not endorse the nonsense expressed in this article.